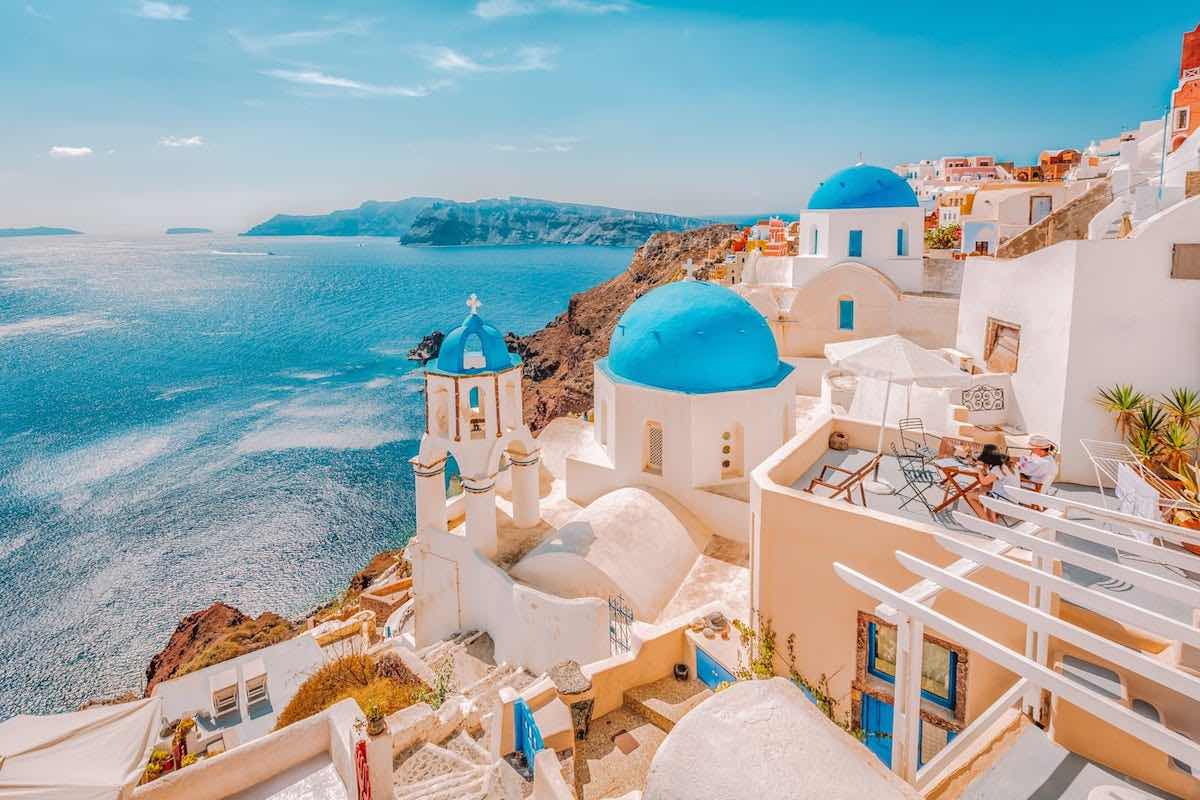 Santorini, is the top destination in Greece and among the most romantic destinations in the Greek islands and also in the world.The island of Santorini has been voted as the most beautiful island in the world more than 4 times and is one of the most photographed places in the world.

Santorini is essentially what remains of an enormous volcanic explosion dated back 3,600 years and which created the current geological caldera.It is 128 nautical miles away from the port of Piraeus /Athens. 30 minutes flight

The Caldera and the whole cluster of the Santorini islands have been characterized as an area of outstanding natural beauty.

Since 1980, thousands of couples from all over the world have chosen Oia and other Santorini villages for their wedding, or honeymoon tr ip. It is estimated that more than 500 ceremonies take place each year

Santorini is considered to be the most sought after place for a romantic getaway in Greece, since there are not many places in the world where you can enjoy exquisitely clear waters while perched on the rim of a massive active volcano in the middle of the sea!

A visit to Santorini is the ultimate gastronomic experience, as the island is a true culinary paradise! Treat your taste buds to some famous traditional products like cherry tomatoes, white egg plants, fava, caper and “hloró tyrí”, a special kind of fresh goat cheese found on the island, or why not try some of the exceptional wines produced from grapes grown in the volcanic soil of the island! 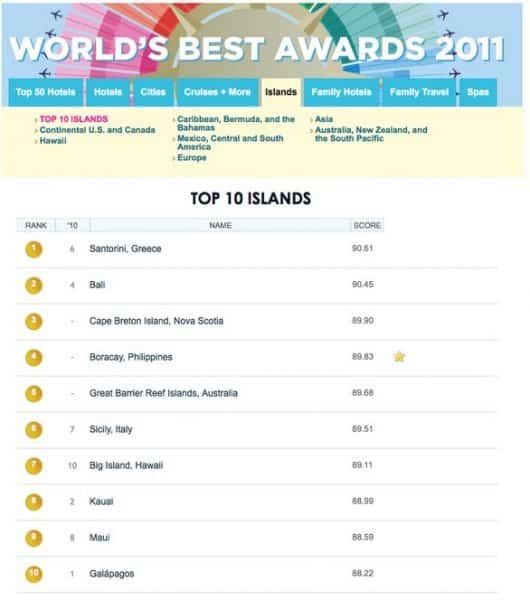 BBC and lonelyplanet named the Greek island Santorini 1st on the top five islands in the world among :

Santorini is considered an island for high income tourists. The rental rates for suites looking at caldera are high (500-1500€/night). This is why Santorini Properties have a big demand from investors around the World. It has a good weather almost the whole year and many celebrities from around the world visits it every year. The climate and the warm waters because of the volcano have highly concentrated levels of iron and manganese &high levels of sulphur dioxide; all these lovely minerals are known to do wonders for the skin and help with rheumatism, arthritis and other aches.

According to the travelworld.com  Santorini’s Volcanic Hot Springs are among the Top Five Natural Baths Around the World 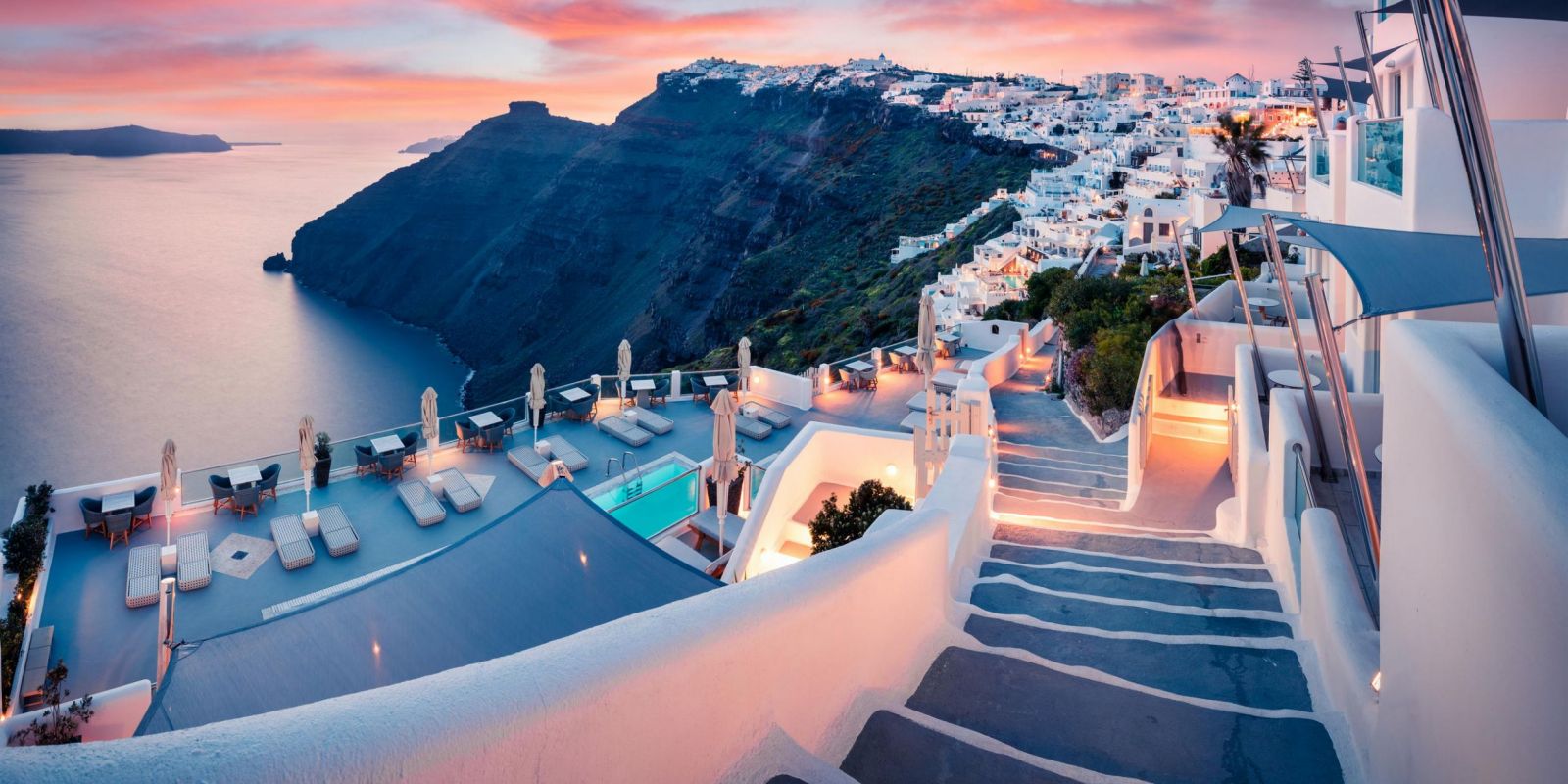 Santorini: The Best Island in the World

The island of Santorini wins many distinctions every year.

Below we present you some of these, among them as “No1 Island in the World”.

The American newspaper “U.S. News” listed Santorini 1st among the 16 most beautiful islands in the world in 2014. Source

The two Greek islands competed with amazing and extremely popular islands such as the exotic Fiji and Maldives islands, managing to rank in very good places.

According to the newspaper, in order for an island to be considered as one of the best besides having beautiful beaches and a breathtaking scenery, it must also have a magical spark to keep the visitors fascinated and enchanted forever.

The 16 most beautiful islands worldwide in 2014 were as follows: 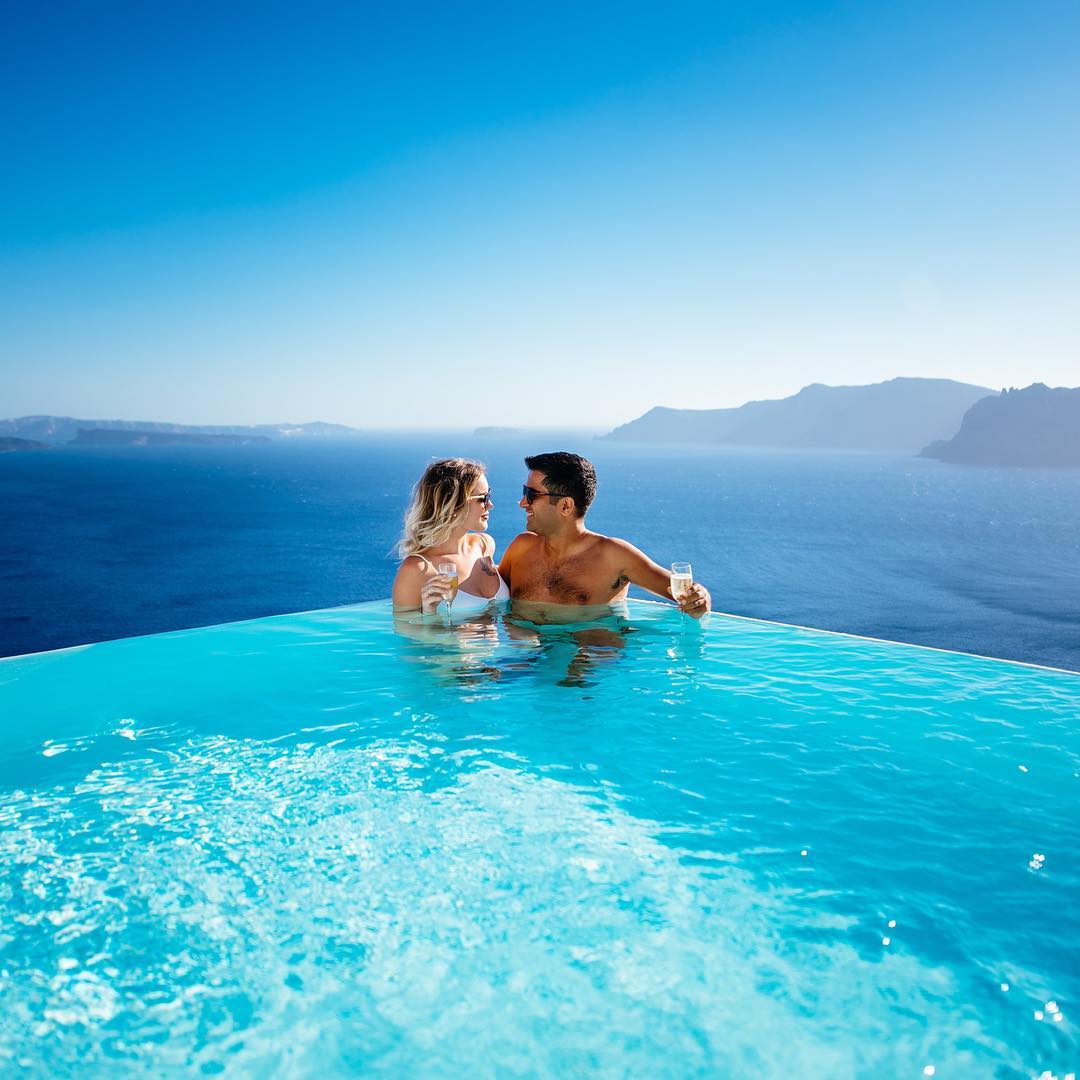 The two Greek islands competed with amazing and extremely popular islands such as the exotic Fiji and Maldives islands, managing to rank in very good places.

According to the newspaper, in order for an island to be considered as one of the best besides having beautiful beaches and a breathtaking scenery, it must also have a magical spark to keep the visitors fascinated and enchanted forever.

The 16 most beautiful islands worldwide are as follows:

The American newspaper “U.S. News” listed Santorini 1st and Mykonos 11th among the 16 most beautiful islands in the world. – See more at: http://usa.greekreporter.com/2014/04/30/u-s-news-santorini-mykonos-among-best-islands-worldwide/#sthash.bp5pBlTT.dpuf

Greece’s breathtaking Santorini island has once again been voted “Best Island in Europe,” this time by the readers of US travel publication Global Traveler, a monthly publication aimed at frequent business and luxury travelers.

Mykonos and Crete also made it into the top 10 island destinations clinching the 3rd and 8th spots respectively.

Santorini retains the “Best Island in Europe” title for the sixth consecutive year. 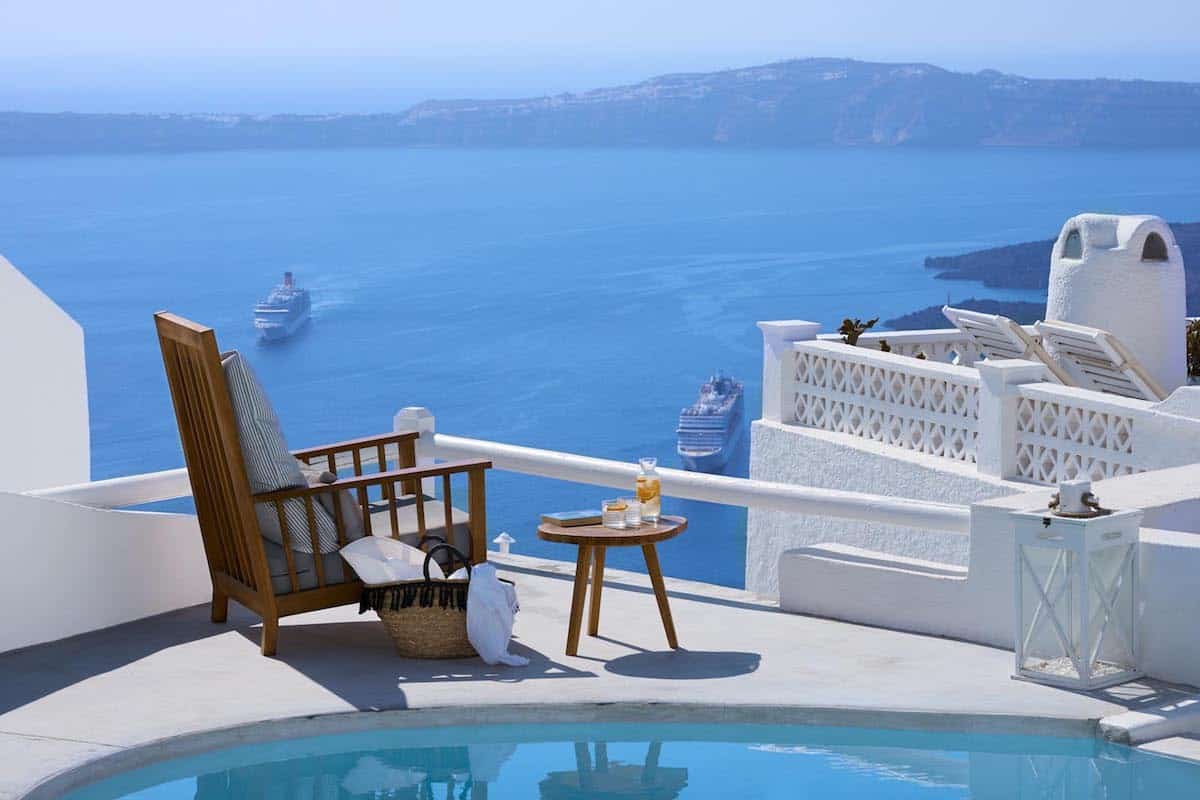 Paris, Santorini and Venice are named World’s most romantic places in 2018.  Source

The top 20 most romantic places on earth have been named, with Paris, Santorini and Venice taking the top three spots.

A poll found that the French capital along with the Greek island and the watery Italian city are the best places for a romantic rendezvous. 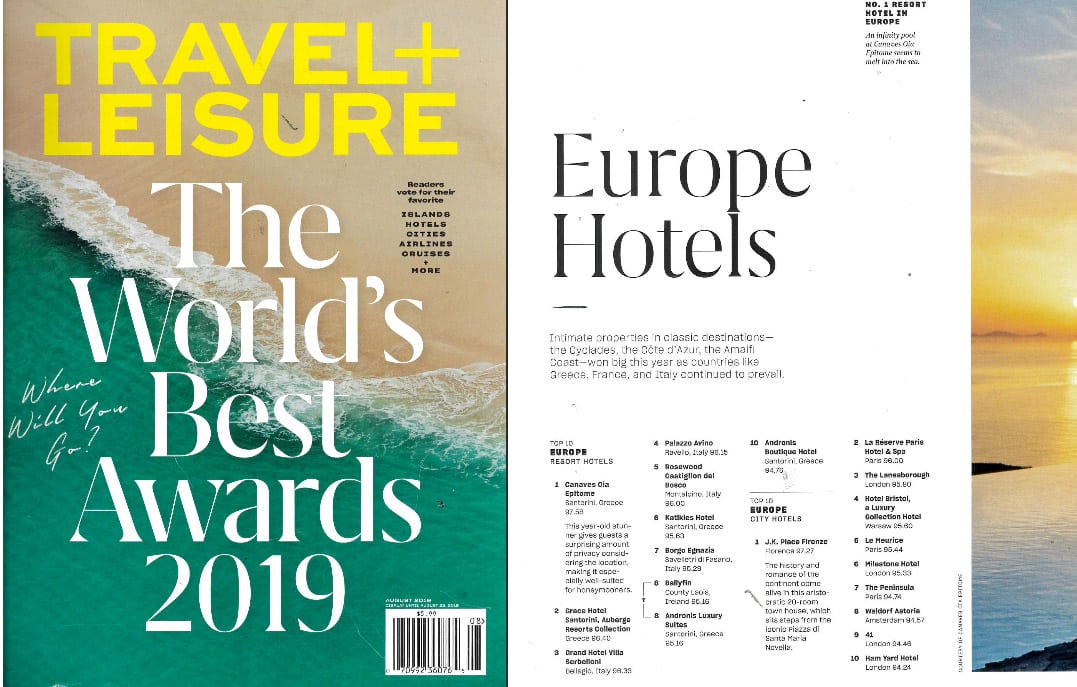 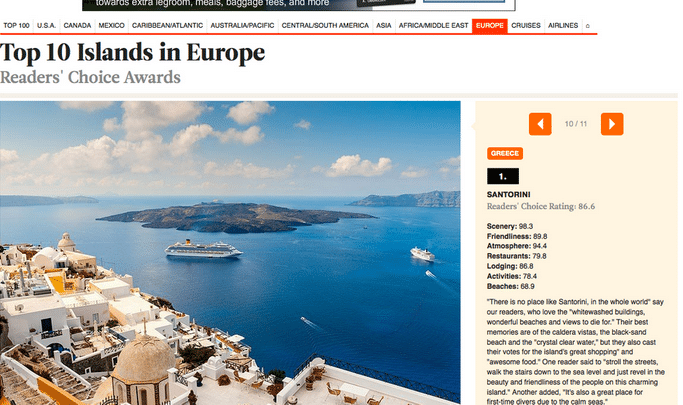 Scenery: 98.3
Friendliness: 89.8
Atmosphere: 94.4
Restaurants: 79.8
Lodging: 86.8
Activities: 78.4
Beaches: 68.9
“There is no place like Santorini, in the whole world” say our readers, who love the “whitewashed buildings, wonderful beaches and views to die for.” Their best memories are of the caldera vistas, the black-sand beach and the “crystal clear water,” but they also cast their votes for the island’s great shopping” and “awesome food.” One reader said to “stroll the streets, walk the stairs down to the sea level and just revel in the beauty and friendliness of the people on this charming island.” Another added, “It’s also a great place for first-time divers due to the calm seas.”
Source: READERS’ CHOICE AWARDS 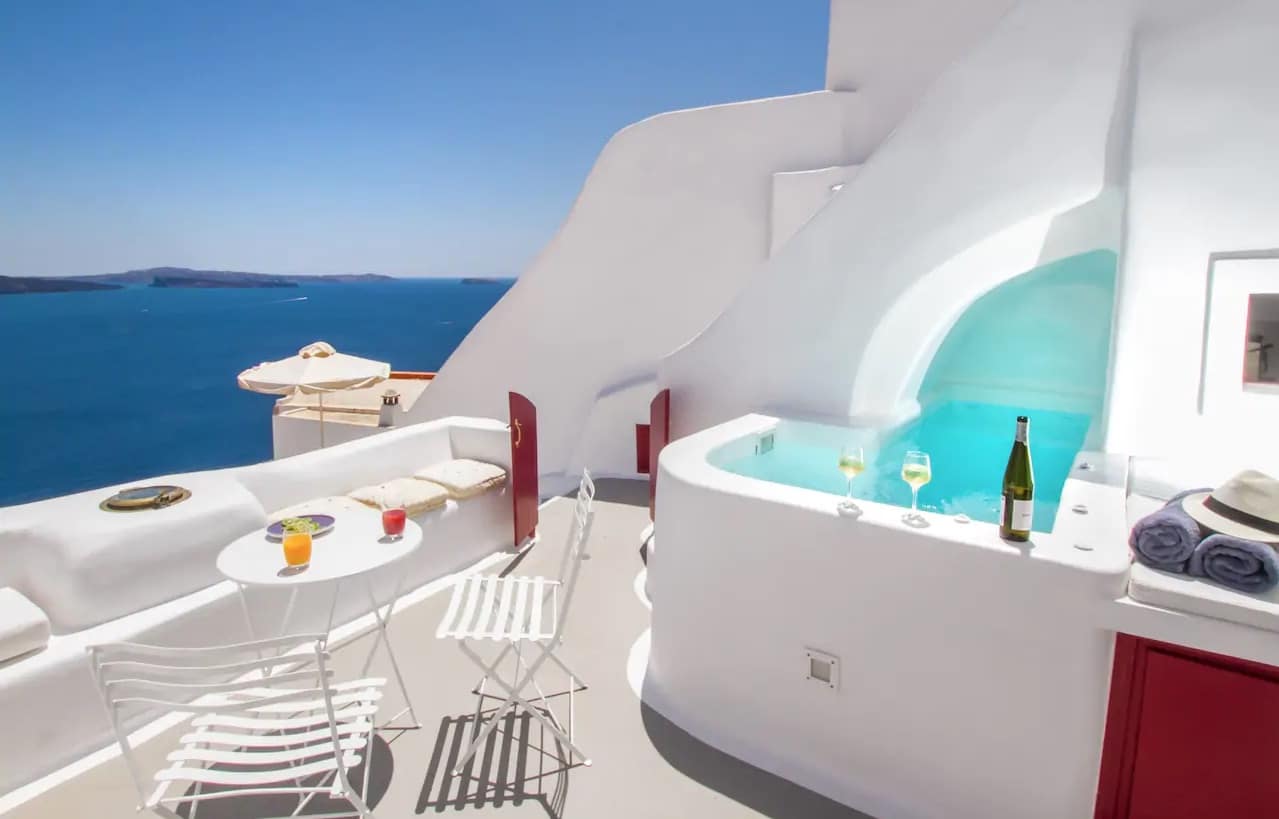 Two Santorini Airbnb Properties Among Most Popular in the World (2020)

Two Greek Airbnb rentals were selected by members as among their most-wished for future rentals during voting that took place worldwide from May 7 to 11.

Clearly, Airbnb travelers might be locked down at the moment, but they are still dreaming of that next great trip to a Mediterranean paradise.

And among those accommodations on their most-wished-for property lists are two rentals in Greece, which are ranked among the top ten in the entire world.

The third most-wished for rental is listed as Hector Cave House on the Greek island of Santorini.

n the wesbite, it is described as “Hector Cave House, carved into the unique caldera cliff for more than 250 years, was originally used as a wine cellar. Then it became a family-owned complex of three different properties that opened its doors to share its unique character to travelers from around the world.” 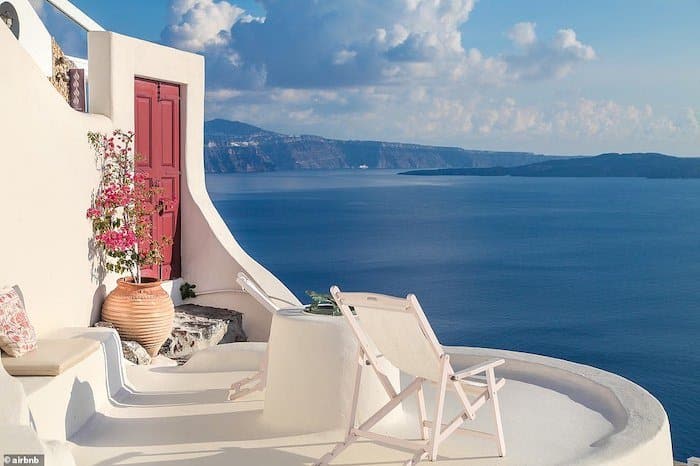 The ninth most popular accommodation on the globe is listed on Airbnb as the Cave House, located in Oia, Santorini.

The website described the is exquisite property thus: “This spacious, unparalleled cave house, hanging on the cliffs of the caldera in the centre of Oia, is part of a traditional complex of cave houses, owned and renovated by a family of architects.”

It is listed as renting for about $730 per night.

Other rentals on the list of ten most-wished for locations included a villa in Bali, a beachfront home in Brazil, a home with a view of Los Angeles, a tree house in Bali, and a home in a rural part of Iceland. 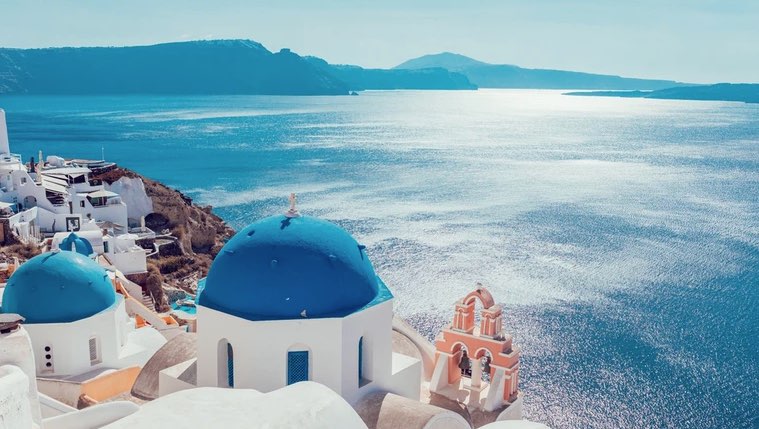 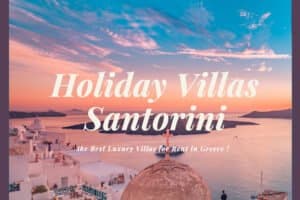