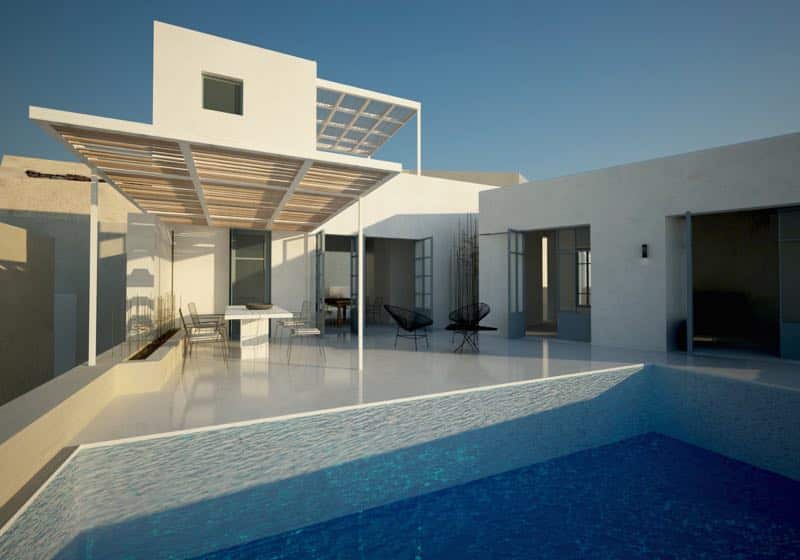 The experienced developers, famous for their previous art works in Foinikia, preparing a new house in Foinikia, Santorini.

Luxury, with pool and jacuzzi, and unlimited view to the sea.

With 4 bedrooms and one guest room, and 4 bathrooms.

DESCRIPTION OF THE HOUSE:

This is developer’s third and without a doubt will be their best development in Santorini.

They are very pleased with the architectural outcome and they are looking forward to the beginning of the construction phase.

They named the  house after the name of the previous owner, dear friend and fellow engineer, who was delighted to sell it to them out of appreciation to their work.

The House as it is  bought , consists of the old caved to the rock part, the canava, and a longitudinal structure, traditionally constructed with local volcano stones and porcelain, connected to it.
It was built in the late nineteen century and served, as all houses in the settlement of Foinikia as a wine press and a dwelling.

The caved part housed the two wine presses, one for the white wine and a second for the red and the built part was the dwelling.

The House, after developer’s  intervention, will be a blend between the old and the new. The old parts, completely restructured with modern facilities, will blend with the new addition in a way that a unique new entity will be formed. The living room will have an L shape and will consist of a seating area with a fire place, having a beautiful view of the Aegean sea, a dinning area and an open style Kitchen.

Because of it’s shape, all the spaces will have views and direct access to the front patio and the swimming pool.
A powder room and a wardrobe will also lie in this area, close to the main entrance. An enclosed patio, will give the dining area a complete transparency and plenty of light and will serve as a corridor to the private parts of the house, the family quarters. The patio is spacious enough for the family to rest and enjoy complete privacy and tranquility, listen to music or gather for a meal.
From the enclosed patio one has access to the master bedroom witch is the renovated canava, featuring a Jacuzzi, a modern type open bathroom, ample closet space and a fire place.

There are two children’s’ bedrooms which shear a bathroom, unique in its form, since it was the kitchen of the old dwelling.

A staircase (from the enclosed patio) leads to the fourth bedroom on the upper floor on top of the kitchen.

This bedroom will have the most amazing view, to the sea and the settlement of Foinikia. It will have it’s own bathroom as well and a beautiful terrace, part of it covered with a pergola.

At the street level, below the living room there will be a spacious and completely separate, guest apartment with a full bathroom and a kitchenette.

There will also be a storage space of 15 m2 at the street level, under the swimming pool.

The house will have all modern amenities, air conditioning in all rooms, heating with convectors, hot water from the sun, wifi and satellite tv. Insulation for heat and moisture will be according to the highest standards.

The house  will be offered fully equipped with appliances and furnished, ready for occupancy.

The total area of the house is 180 m2, without the patios 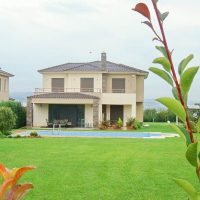 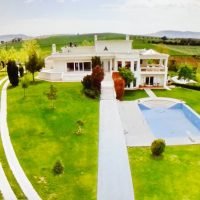